The theme of the Festival in 2019 was 'Our Environment' and there were sixteen exhibits showcasing a range of different aspects, including the depressing prevalence of litter and plastics.  Once again, considerable imagination and skill were on display and  below are a few examples.  A huge amount of effort goes into organising this event and the weekend's activities and so a big thank you to all involved. 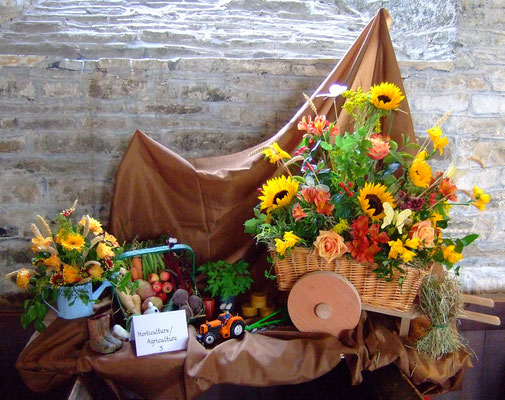 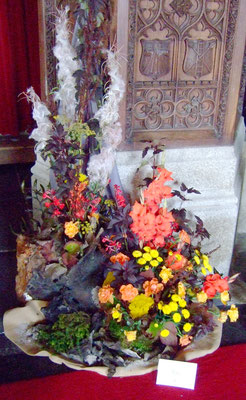 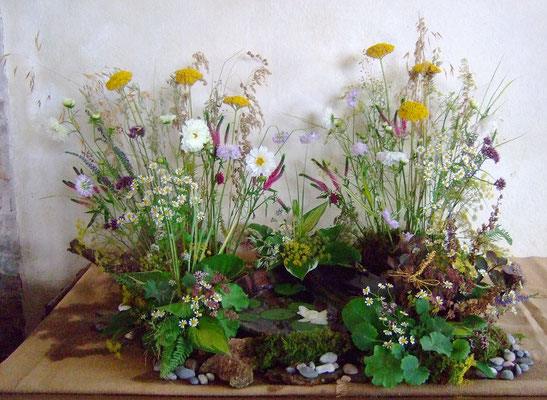 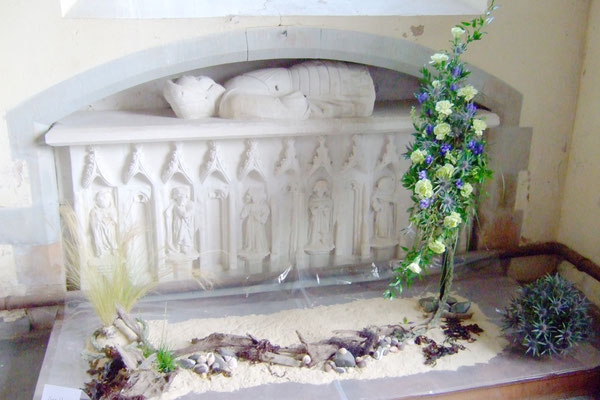 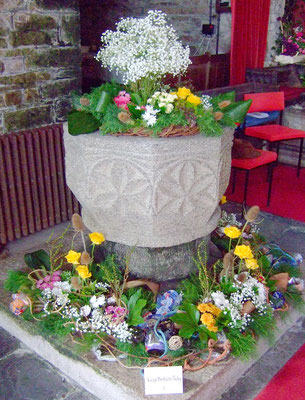 The festival this year was a celebration of the life of its founder, Dame Margaret Fry, who passed away during the year.  There were sixteen exhibits paying tribute to her impressive array of achievements in a wide range of spheres and her much loved personality.  Considerable imagination and skill was demonstrated by each of the arrangements and the festival was considered one of the best.  Below are a few examples.

In addition to all the flower arrangers and the organisers, thanks are also due to Elizabeth O'Regan, who donated funds raised at the Memorial Service to her late husband, John, to support the cost of the flower arrangements. 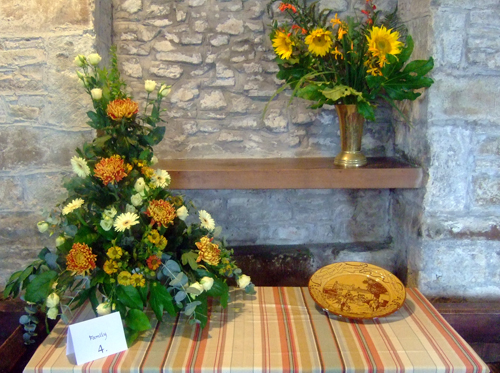 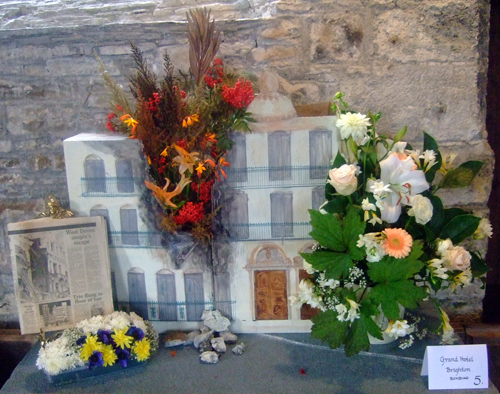 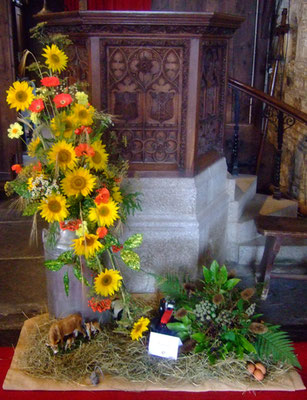 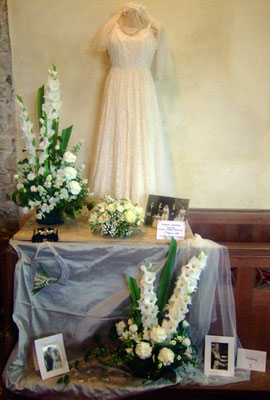 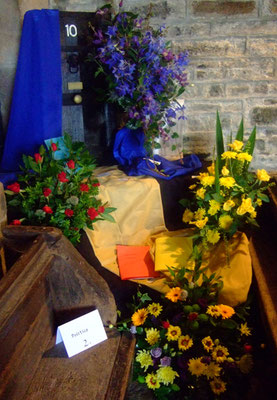 The theme for the 2017 festival was 'Learnt at my Mother's Knee' and there were nineteen displays featuring nursery rhymes.  Below are some examples of the impressive arrangements. 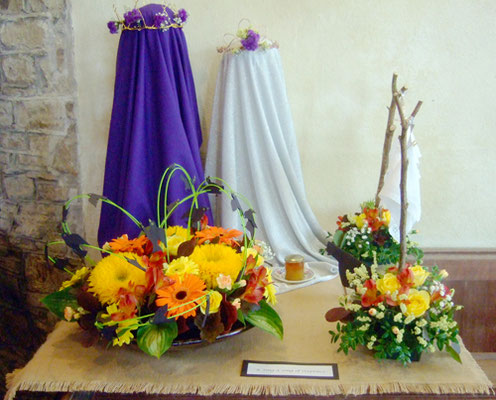 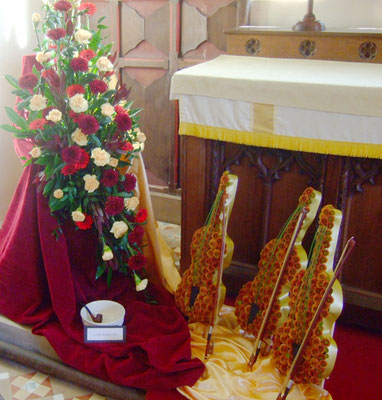 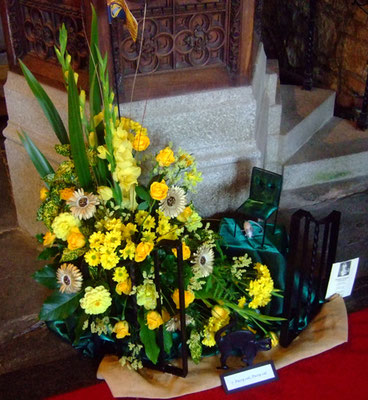 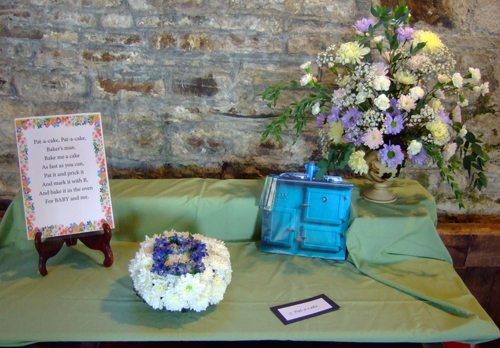 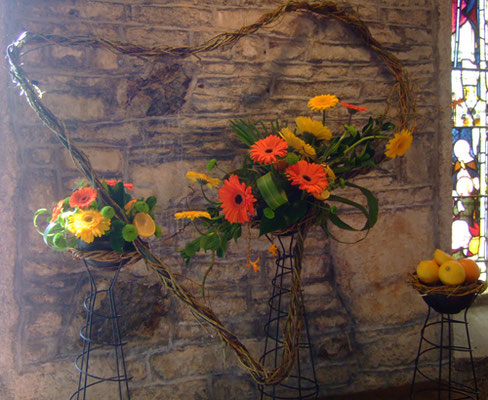 The Broadwoodwidger Flower Festival, which is held each August Bank Holiday weekend in St Nicholas Church, was started in 1971, when funds needed to be raised for the restoration of the organ. For over forty-five years, therefore, it has been an important annual feature in the life of the Parish and continues to raise much needed funds for the upkeep of the fabric of the church. The initial idea was that of Dame Margaret Fry and she has been actively involved ever since. The current committee responsible for organising the festival comprises Dame Margaret Fry, Rosie Smith, Arthur and Ann Hannaford, Pat Nice, Wendy Withers, Lindsay Kent, David and Marion Perkin and David Willis.

In the early days, when the principal organisers were much younger, the whole weekend was action-packed. On the Friday night, there would be a dance at Lewdown, often organised by Ron Worden. On the Saturday afternoon, there would be a fete, where stalls was set out along the church path. Using her connections with the Conservative Party, Margaret would often manage to get this opened by a celebrity, such as, in 1987, Norman Tebbit - see images below. On the Saturday evening, there would be a concert by local artists. Then, on Sunday, after a church service, at which a guest speaker would often be invited to preach, a lunch would be laid on in a marquee erected on the glebe land next to the church. As this had a distinct slope on it, there was an excuse for falling off one’s chair!

Nowadays, the weekend has a more sedate pace to it, with the displays on view in the church on Saturday, Sunday and Monday, a cream tea on offer each day in the church room and a service on Sunday morning. Each year, an overall title is chosen for the festival and a considerable amount of artistic vision, ingenuity and flower arranging skill is shown in the various individual displays. The quality of these are very high, given that most, if not all, participants are amateurs.

Donations are often received from people who have connections with the church by virtue of near relatives being buried in the churchyard. 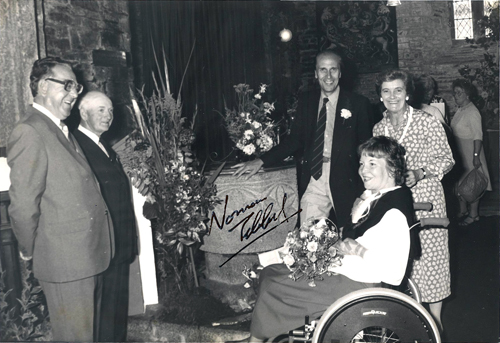 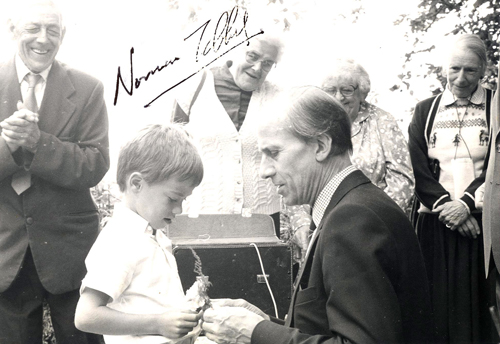 Some titles from the past include:-

2011 Around the world in Eighteen Ways

David Tovey, with thanks to Dame Margaret Fry 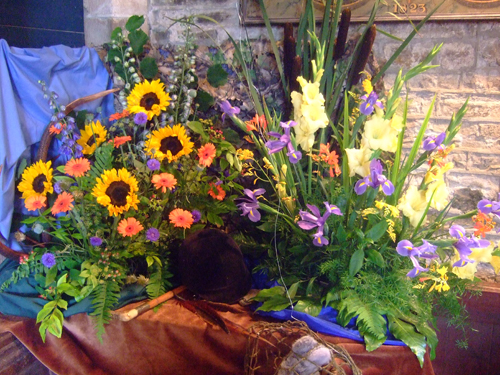 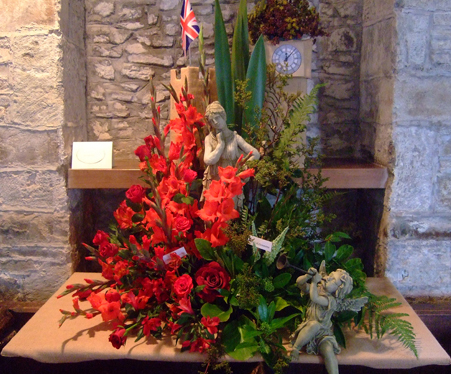 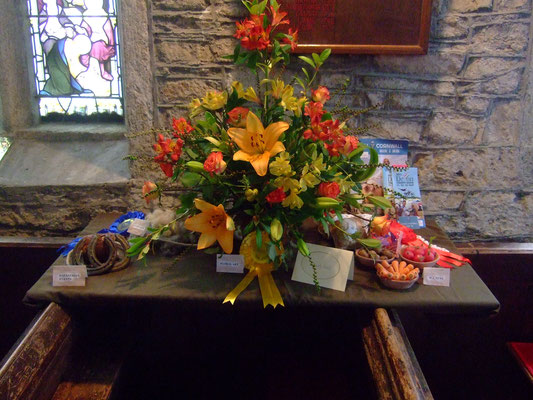 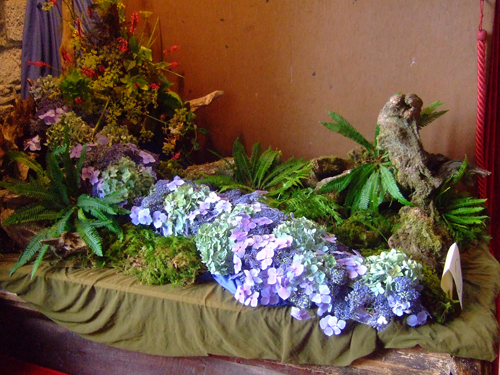