Ivy House School first opened on 26th July 1880. The first headmaster was John Watkins Sluman and there were twenty two pupils. Previously some children had never attended school, some only Sunday school. They started school at five years of age and left at fourteen. Classes were organised into eight standards. Infants in standard one.

This was influenced by the harvest, weather and illness.

Illness and epidemics were responsible for low attendance with the school being closed on several occasions. Children suffered with severe colds, mumps, chicken pox, German measles and diphtheria.

Later on November 9th the same year there was a diphtheria epidemic.

17/2/1937 Yearly visit by dentist, treating all children who desired treatment.

Made a great difference to the numbers attending. January 28th 1882 all absent – heavy snowfall. Very wet and stormy weather kept children at home, bearing in mind that most children walked considerable distances to school. Incidences of heavy snow and ice were reported in 1920, 1937, 1940, 1952, 1958 and 1979 always in the month of January. 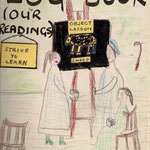 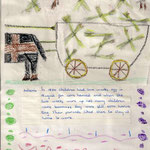 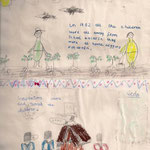 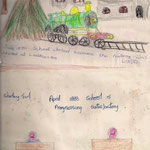 For the centenary in 1980, the pupils at Ivy House School (then known as Broadwoodwidger School) used extracts from the original Log Books to compile their own Log Book (Our Readings).  Interesting entries were chosen and beautifully illustrated.  They copied verbatim three official Inspectors Reports, not entirely complimentary for 1904, 1907-8 and 1909.

Click on each image to see examples of the children's entries 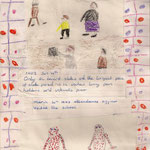 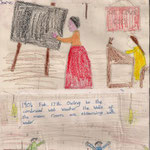 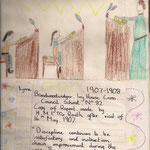 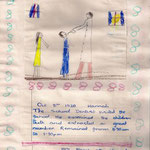