The Society was one of the local groups that laid a wreath at the new War Memorial on the Village Green on Remembrance Sunday - 10th November 2019. 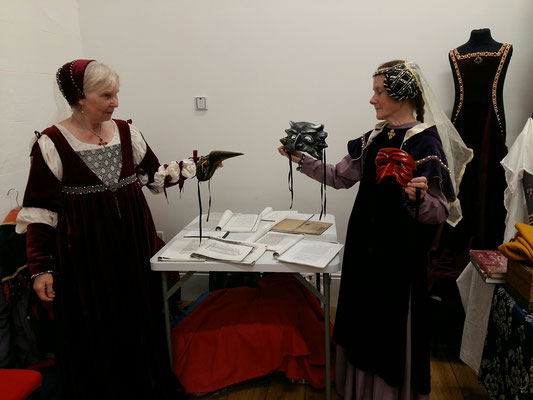 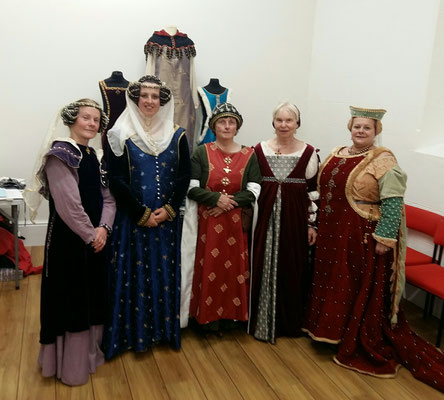 Our Christmas Party on 18th December went very well, with party games, performances by various Committee members, Christmas music and images on the screen and good food and drink.  Thanks to all who put a considerable amount of effort in making it such an enjoyable evening, particularly the performers.  One of the items read was Pat Brown's amusing poem recording various aspects of our year, which I reproduce below.

The Broadwoodwidger History club is having a party in The Hub,

We’ve brought our food and a glass of wine, as once again it’s Christmas time.

The year has been a busy one, with talks and lectures, and some fun,

So let’s go back and check them out, the things we’ve done and learned about.

We read old Deeds, heard wartime tales, plus stations going off the rails,

We brought in baby snaps to see if people knew who they might be.

There was a talk on Dingle’s fair, oh what a lot of memories there,

We learned of Devon women brave, in a first rate talk that Todd Gray gave.

A hospital trip was next in line, but don’t you worry, we were fine,

We went to Halwill, Winsford bound, as Voysey’s dream was falling down.

We marvelled at it’s art and grace, and thought of patients in that place,

But plans are made to bring it back, although it’s as a holiday flat.

The Luxmoore’s story has been told, intrigue, adventure, they were bold,

We also walked in Newport Square and saw the Priory ruins there.

Ambrosia’s factory tour was great, but health and safety sealed our fate

They made us wear High Vis and hats, to take us round the custard vats.

We watched the custard zooming round, our earmuffs blocked the awful sound

Then gifts were given, very nice, of custard, custard (and some rice).

Then Philip Rodda came to chat, Oh clotted cream, we fancy that

The talk was great, we learned a lot, but CUSTARD was the gift we got.

So what I ask, when next year comes, is take us where they give our tums

Some pasties, cheese or even beer, cause I’ve had my custard up to here.

Nearly 30 members of the Society were treated to an exceptionally interesting evening at the Ambrosia Factory, Lifton, during which we learned of the history of the factory, which this year celebrates its centenary, and of its innovative processes and old and new products.  We also enjoyed a tour of factory, marvelling at much of the process was automated.

A big thank you to all the staff there who gave up their time for us.

The Society is a fledgling venture, but, whilst its constitution was not formally adopted until September 2016, interested parties had been meeting and going off together on visits for some months previously.  Events have included

7th April 2016  - Simon Timms, who was a member of the team of archaeologists involved in the excavations of the Roadford Valley that revealed a lost medieval village, gave a talk 'Discovering Broadwoodwidger's Heritage'.  This provided the initial inspiration for the group.

The Society's inaugural Christmas Party was held at The Old Vicarage on 19th December.

Monday 20th March 2017 - Nick Sturgess, of Dingles Fairground Heritage Centre, gave us an interesting talk on the fairground, the trust and the museum.