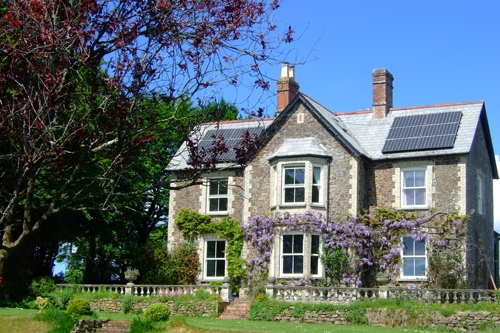 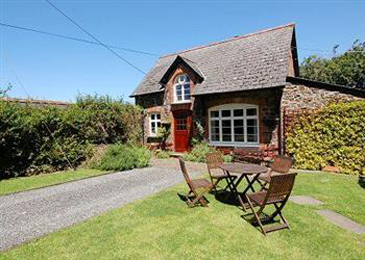 The Old Vicarage was built by the Reverend Richard Thomas Blagden (see Blagden family note under Broadwoodwidger families).  Having been appointed Vicar of the local church in 1873, he was forced to live in Lifton initially.  The inconvenience of this led him to try to raise funds for the construction of a Vicarage. He collected £505.9.0 from personal friends and managed to persuade the Queen Anne’s Bounty Board and other charities to fund the balance. The property was erected on land provided back in 1347 by the Executors of Bishop Stapleton (1261-1326) when desirous of establishing a perpetual curacy. The site chosen provides fine views of Dartmoor, but is isolated, being some half a mile from the church. Its total cost was £1256.10.0. Work started on The Old Vicarage in February 1878 and the Blagdens were able to move in that autumn.  Apart from a two-storey extension behind the kitchen to house a 'dairy' and larder, which appears to have been done shortly afterwards, little has changed to the layout of the property.  It has three reception rooms on the ground floor, each with a window overlooking the front garden and an attractive tiled hallway with Gothic arches and an impressive staircase.  This century, the roof space has been converted into additional bedrooms and a second bathroom installed.  The original Coach House has also been converted into a charming holiday let, with one double and one single bedroom.